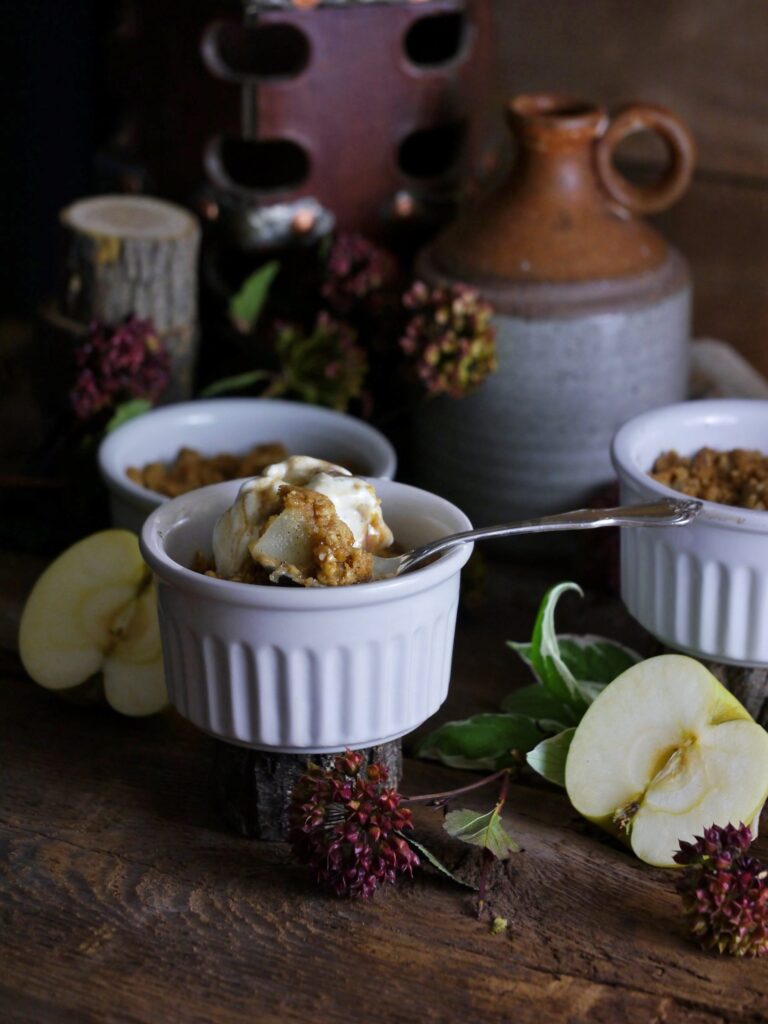 Happy Friday friends, I am so excited to share one of my favourite, a super easy recipe of a pear crisp. Pears are highly underrated when it comes to baking in my opinion. Pears deserve more love, they are so flavourful, delicious and can be a wonderful alternative to apples.

Here’s are a few fun facts about pears, that are interesting to know:

Pears aren’t just delicious, they are healthy, they are relatively low in calories, they have so many health benefits, and whats cool is that they are perfect for baking. This pear crisp has a tender, flavourful filling, that is not soggy or runny, and a very tasty crunchy topping! This crisp isn’t sickening sweet, it takes a minimum amount of time to prepare and is a great alternative to a pie! Making it in ramekins makes it cook faster and besides, you won’t have to worry about sharing this deliciousness with anyone else, you’ll have it all to yourself. I hope this pear crisp would become one of your favourites too! 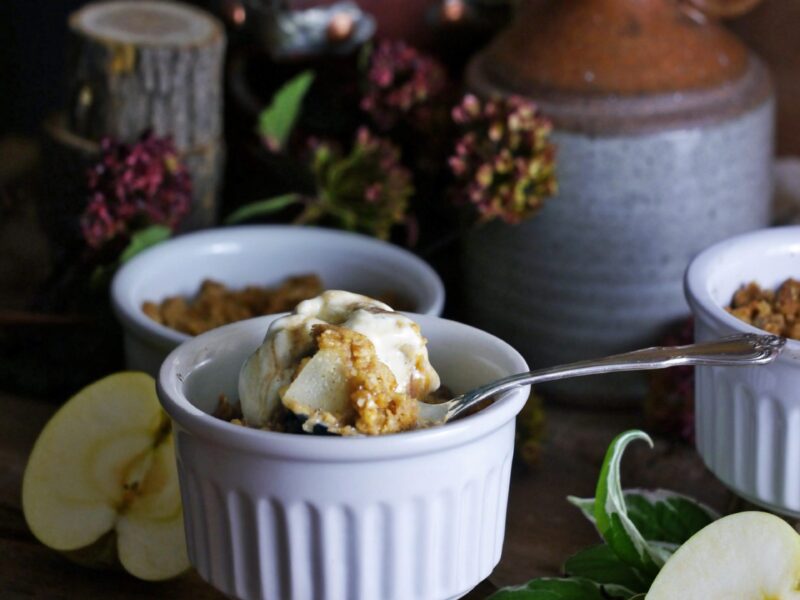